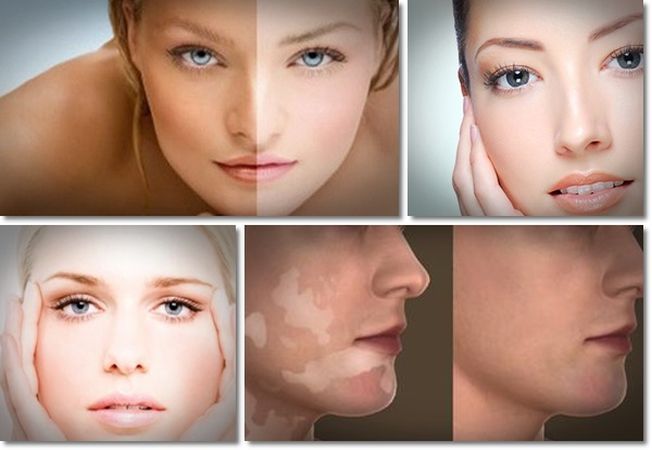 Vitiligo is a dermatological condition characterized by the disappearance of dermal melanocytes (cells that produce melanin, the pigment that gives the skin color) and by the appearance of spots (macules) hypopigmented (white), with definite margins that increase in size, can collapse and affect the whole tegument. 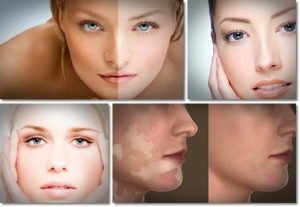 It occurs in 1% of the population and affects both sexes equally. The onset of the disease occurs most often in childhood or adolescence.

Vitiligo skin is a condition that generates a lot of stress, anxiety and sadness to the person having to go out in the society with this white patches of skin. That’s why new science advances that makes vitiligo treatment more effective or cheapers/accessible are extremely welcomed.

What is vitiligo skin ? Vitiligo is a skin disease that causes the depigmentation of the skin. It manifests as light white patches on the skin or discolored skin patches known as macules. Macules typically start from small white spots on the skin which can grow to larger white patches as the condition worsens.

While one of the characteristics of vitiligo is white patches on the skin, white patches do not mean that someone has vitiligo. Other causes of white patches can include pityriasis alba, tinea versicolor and idiopathic guttate hypomelanosis. One way to determine is by using Wood’s lamp which will cause depigmented skin to glow under UV light.

Under this method, we use a novel device to quickly and precisely develop and excise very small blisters to produce tiny pieces of normally pigmented superficial skin tissue, known as micro-grafts.

Vitiligo type A, nonsegmental or symmetrical. This group includes the forms of acrofacial vitiligo (in the face, scalp, hands, feet and fingers), vitiligo of the mucous membranes (lesions located on the genital or oral mucosa), generalized vitiligo (affects almost any part of the body, with symmetrical lesions), vitiligo universal (the most extensive form, affects 80-90% of the skin) and mixed vitiligo.

Vitiligo type B, segmental, which can affect one or more parts of the body. The unisegmental form is the most common and is manifested clinically by the appearance of white macules, on a single part of the body, which respect the midline. Uncommon, the condition may affect two or more segments and may have a bilateral distribution.

In general, it is not associated with other autoimmune diseases and tends to have an early onset and a faster progression, compared to nonsegmental vitiligo. Leucotrichia (the presence of discolored hairs) is also common in segmental vitiligo and indicates a poor response to phototherapy and classical treatment.